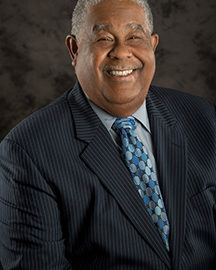 Charles Dudley Hawkins was born in Monterey, California, the oldest of two children of the late Charles E. Hawkins and Anna Mary Hawkins. He lived in Germany as a child while his father was stationed there with the U.S.Army. Stateside, Charles grew up living in California, Ohio, Illinois and Missouri. He graduated from the Ohio State University receiving a Bachelor of Science Degree in Marketing and a obtained a Master of Science in Management from Troy State University. He also is a certified Project Management Professional from the Program Management Institute and obtained a Level II certification as a Program Manager from the Defense Acquisition University.

Charles was commissioned as a Military Police Officer in the United States Army upon graduation from college. He served in the Army for two decades and held various assignments as Military Police Officer, a ROTC instructor, a Comptroller, and an Inspector General. He retired as a Lieutenant Colonel. In retirement, he worked as a defense contractor as a Financial Analyst, Program Manager and Group Director in Financial Management, Healthcare Operations, Acquisition Support and Training. In 2011, Charles accepted a Civil Service appointment with the U.S. Air Force. During his tenure with the Air Force he was a Program Analyst and Manager for acquisition support for the Air Force Medical Support Activity.

In October, 1988, Charles and his family were drawn by the Holy Spirit to join the Alfred Street Baptist Church. He is a member of Discipleship Group 6. Charles has served in many ministries and activities to include teacher, Director of Vacation Bible School, Men’s Ministry, the Budget Committee, the Security Ministry, Transportation Ministry, Tutorial Ministry, Brother’s Keeper, Feed the 5,000, and Men’s Homeless Shelter. For the last five years, Charles has served as a Trustee and is the Chair of the Trustee’s Finance Committee.

Charles is a member of Alpha Phi Alpha Fraternity, Inc. He is married to the love of his life, the Rev. Marla C. Hawkins of New Orleans, Louisiana. They reside in Alexandria, Virginia along with their sons, Wallace (Arlene), Omar and David. They are blessed with three lovely grandchildren, Nokomis, Micco and Aiyana.